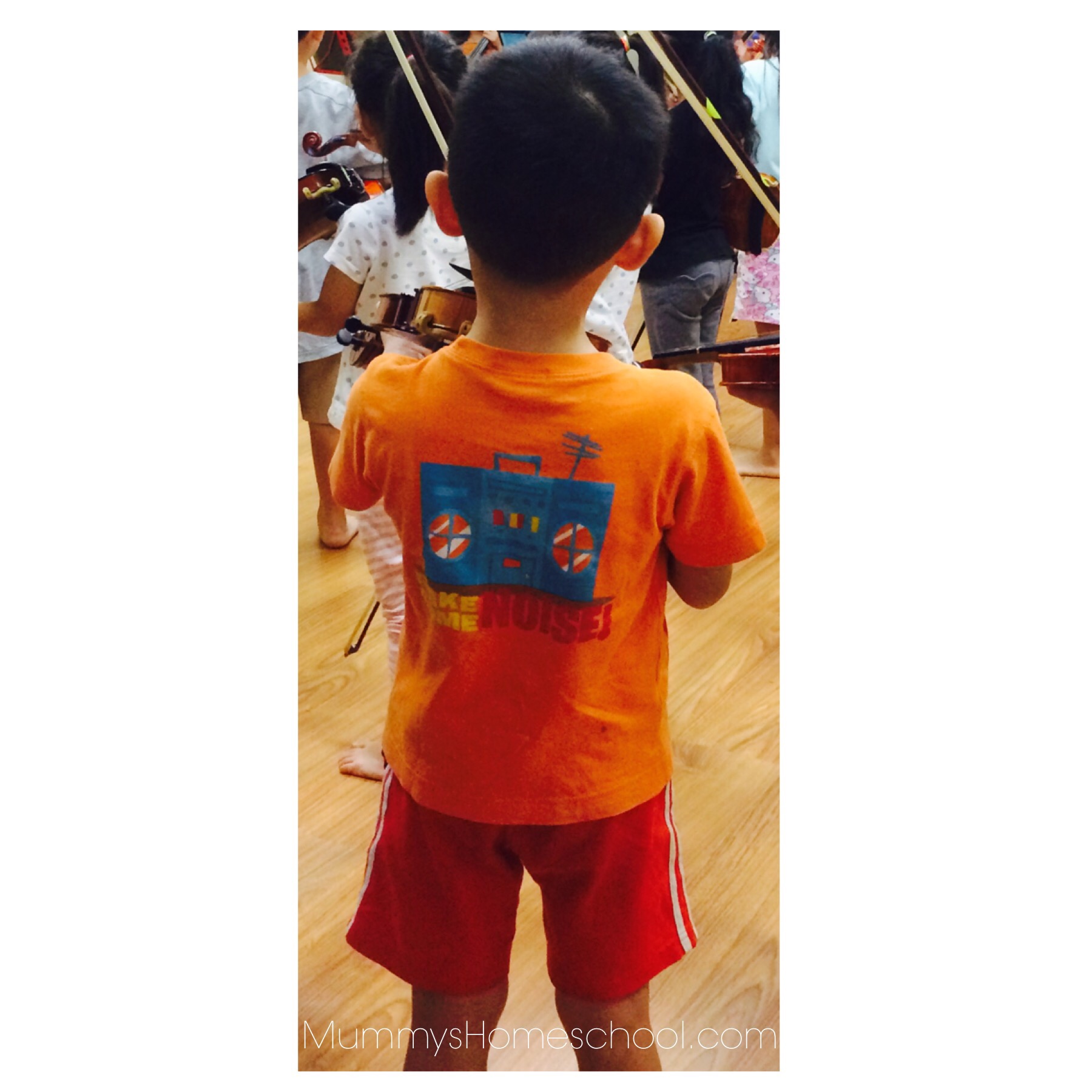 Today’s post is on how I motivated my introverted child to participate in a group performance.

My #2 Jae (5yo) is an introvert. In his 4 months in kindergarten, he rarely spoke. Over 1.5 years of weekly music classes, he rarely interacted with other children. Yet at home, he can be talkative and loud at times.

Two months ago, he confidently completed a violin solo event, which means he isn’t shy.

Suzuki violin is supposed to be a group class. However, his only classmate left some time back, so he has individual lessons.

Next month, there will be a Christmas group Suzuki violin performance. During the first rehearsal, he chose to watch without even touching his violin. Among the group of about 30 children are two acquaintances.

With about 30 children and 30 adults in the practice studio, nothing near the small company he enjoys, he was expectedly overwhelmed.

After that observation session, he was cooperative in practising the pieces at home.

Right till lunch time before the second rehearsal, he insisted that he didn’t want to perform.

He loves playing the violin, is able to play all the required songs well, and has solo stage confidence. I’d a strong feeling that he simply needed a good nudge to join the new group and I wasn’t convinced to let him worm his way out of the performance. At least not yet.

During lunch, I casually mentioned the post-performance celebration, which involves eating at the child’s favourite place.

He had the choice of whether to participate, since there was no way to force him onto stage if he refused.

His eyes grew rounder, he thought over it for a few seconds and then agreed! I was surprised because just a moment ago, he’d flatly refused to perform.

During the car ride to the music school, he napped, so I had to carry him and the violin upstairs. Gosh, hazardous to my back!

Thankfully he woke up calmly before participating fully in the session. I didn’t even have to say anything to encourage him in class. The power of the ice cream cone in helping our introvert cross his mental barrier!

After the session, he asked if we were going to have ice cream. Ha, of course… not. That’s reserved for post-performance, to celebrate the child’s bravery on stage.

How did this work?

I usually use natural consequences rather than offer rewards or punishments for motivating the child’s behaviour. These might be why the reward worked this time:

Where to read more

To find out more about the world of introverts, especially if you’re an extroverted parent, these are some references:

P.S. Check out my workshops here